Hardship Licenses After a DUI

Being charged with driving under the influence (DUI) can create a number of hardships but one of the most impactful can be the way your driving privileges seem to disappear overnight. To find out more about using a hardship license to get around after a DUI charge, read on.

A hardship license is meant to allow those arrested for DUI and other traffic issues the opportunity to drive under certain limited circumstances. Commonly, you can drive to work, school, to the doctor's office, to shop for food, and to transport your children somewhere. Those trips, though, have to take place within certain, usually daytime, hours of the day. Hardship licenses are not automatic and may not be possible for all of those arrested for DUI. Be ready to prove that you have good reasons to drive. For instance, you may have to verify your employment as part of the application process. It's important to seek the help of a criminal law attorney before you attempt to apply for a hardship license. They understand the best way to go about the process.

How Hardship Licenses Are Issued

The process varies but you usually have to apply with the Department of Motor Vehicles for a hardship license. In many places, though, drivers must undergo a waiting period of several weeks or months before they can apply for a hardship license. During this suspension of all driving privileges, you won't be able to legally drive at all. You might also have to use a special device to start your vehicle. The ignition interlock device is a breathalyzer that requires the driver to blow into it to have their blood alcohol concentration (BAC) measured. If the device detects any alcohol use, the vehicle won't start.

What Else to Know About Hardship Licenses

These hardship licenses are only good for a certain period of time until the driver may be allowed to apply for a regular license. The chances of that happening depend on the behavior of the driver while using the hardship license. The driver must also comply with other punishments and complete all the requirements. For example, many drivers must attend classes, seek counseling, pay fines, and more before they apply for a regular license.

A DUI charge doesn't have to turn into a conviction. The above penalties may only apply to those who don't seek the help of a local attorney to help them with their DUI charges. DUI evidence can be questionable and you may end getting your charges dropped or reduced. To find out what can be done with your DUI arrest, speak to a criminal defense attorney about your case. 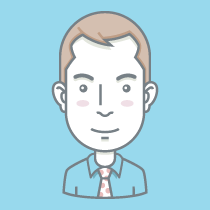